It is definitely true when saying that Jujutsu Kaisen was one of the best hits appearing in Fall 2020. Originally a Japanese manga series written and illustrated by Gege Akutami, serialized in Shueisha’s Weekly Shōnen Jump since March 2018, the manga has recently been adapted into an anime television series with 24 episodes and has become a big bang in the anime world.

Jujutsu Kaisen focuses on Yuji Itadori, a normal teenager who possesses the essence of the ancient curse Sukuna that he can somehow control (to an extent). With Sukuna’s powers, Yuji does what he can to protect others and guarantee them a respectable death in an increasingly deadly world.

Whether you are a freshman or a loyal fan of Jujutsu Kaisen, simply sit together and note down the “10 facts about Jujutsu Kaisen” to discover this masterpiece one more time!

The Manga Is A Sleeper Hit

Jujutsu Kaisen used to take a while to find its groove. First published in Weekly Shonen Jump in March 2018, Jujutsu Kaisen managed to sell a decent if not spectacular 600,000 copies at best. But as time went by, there were no more miracles happening.

Surprisingly, sales went up before skyrocketing by 400% in a year’s time. In October 2020, the latest volume (Vol. 13) and reprints of previous ones sold a record-breaking 10 million copies worldwide, in both print and digital sales. The anime’s stellar reception helped boost sales even more. By industry standards, these figures are unprecedented for a mangaka’s first major work and a title that’s currently two years old at most. 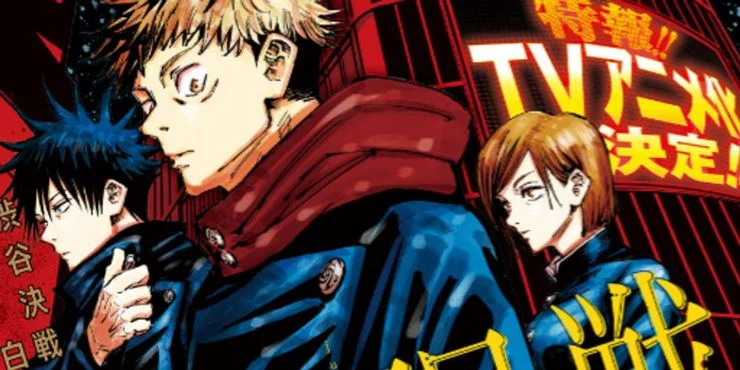 There Are Light Novels

As is tradition in the manga/anime industry, the big hit always includes spin-off and/or supplementary material. Jujutsu Kaisen got this in the form of two light novels released in the past two years, namely Jujutsu Kaisen: Soaring Summer and Returning Autumn (2019; left) and Jujutsu Kaisen: The Path of Roses at Dawn (2020; right).

The first book follows Yuji and takes place between his temporary death and the Kyoto Sister-School Goodwill Event, where he helps a cursed child who can’t seem to stop resurrecting. The second centers on a day in the life of Nobara, where she bumps into a powerful curse user while shopping around town. 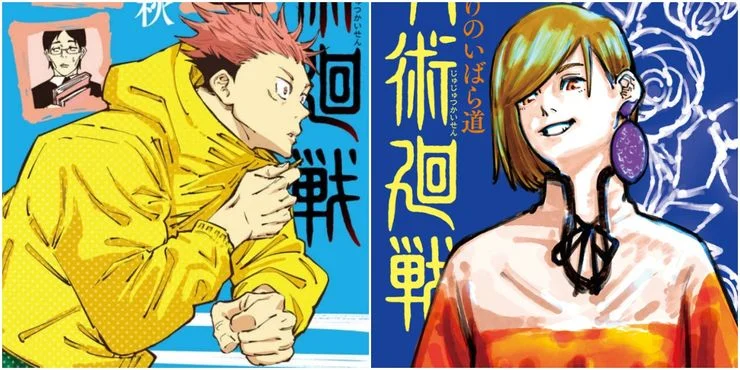 The Manga Has A Long Way To Go

As of this writing, Jujutsu Kaisen is at Chapter 129, which is the 46th part of the ongoing Shibuya Incident arc. The arc is the manga’s biggest yet, where October 31 arrives and Geto’s plans finally come to deadly fruition. All of Shibuya becomes a supernatural battlefield, with many Curses and Sorcerers either getting brutally injured or outright killed.

By the look of things, Shibuya Incident is the perfect grand finale but it’s anything but that. In fact, things are just getting started as Geto’s plans are only in their initial steps and the main trio (Yuji, Megumi, and Nobara) still has a lot of maturing to go through. Akutami said that while he already knows how the manga will end, the path going there is “fairly free.” 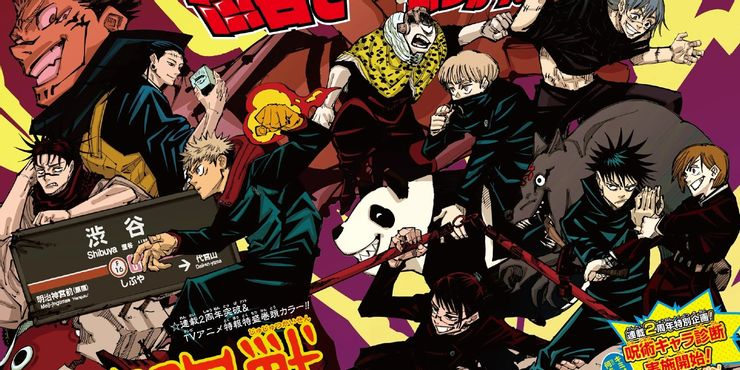 The Lore Was Inspired By Evangelion & American Horror Movies

Jujutsu Kaisen stands out thanks to its psychologically frightening lore. Here, the supernatural isn’t just a gateway to the afterlife or powerful zombie-ghosts for the heroes to beat up, but a mix of Lovecraftian horror, Freudian monstrosities, and humanity’s fear of death made literal. This shouldn’t be too surprising when taking Akutami’s inspirations.

In an interview, Akutami took notes from Neon Genesis Evangelion – specifically its use of Biblical imagery and the Man Vs. God conflict – to create his world and mythos. This makes Akutami’s tease about Yuji’s mother (currently unseen in the anime) not too surprising, especially given Evangelion’s severe parental issues. He also credited Get Out, Hereditary, and found footage horror movies for influencing Jujutsu Kaisen’s brand of scares. 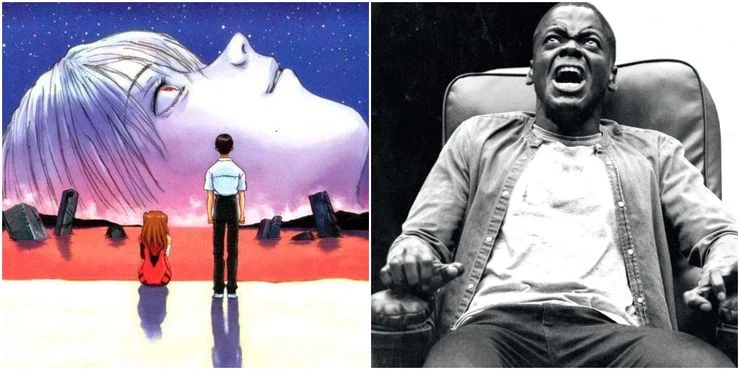 The magic system of Jujutsu Kaisen is centered on Cursed Energy and how Sorcerers weaponize it. The amount of energy a Sorcerer uses or summons is based on their feelings or lack thereof, making fights more emotional than expected. If that sounds familiar, that’s because Akutami based his power scale on famous scales before his.

Primary influence stems from Yoshihiro Togashi’s Hunter X Hunter. Since this was all but perfected by Togashi, Akutami mixed Nen with some inspiration from Daisuke Ashihara’s World Trigger, where characters channel energy through unique weapons and abilities. The end result is Jujutsu Kaisen’s use of Cursed Energy. That said, a side-effect is that this system can be too complex for its own good. 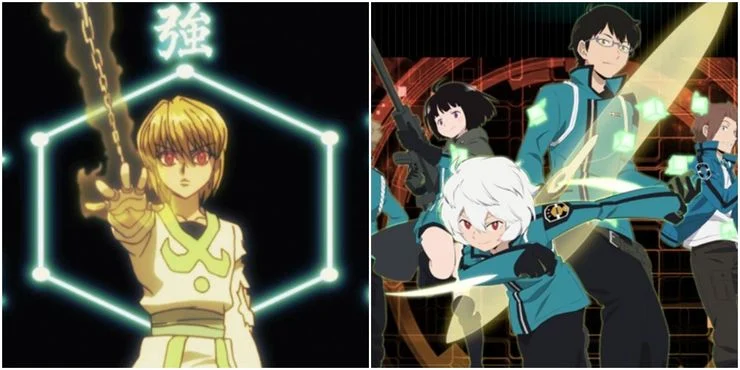 A Major Villain Has Shades Of Thanos

Since Mahito was only just introduced in the anime, this section will not spoil as possible – especially in regards to what his ultimate goal is. His depiction is quite weird.

Even as an inherently evil being determined to wipe out humanity, Mahito can’t exactly be blamed because he’s just acting out his purpose. Akutami did this to avoid the cliché of evil villains being secretly good, instead aiming to make readers understand Mahito if not wholly despise and/or agree with him. Mahito can’t be proven wrong from a certain perspective, which Akutami compares to Thanos in Avengers: Endgame, especially because he couldn’t exactly hate the mad titan.

While classically trained in art school, Akutami looked to his mangaka predecessors for artistic inspiration. His clearest influences are fellow Shonen Jump creators, namely Yusuke Murata (the artist of Eyeshield 21 and One-Punch Man), Kubo Tite (Bleach), Masashi Kishimoto (Naruto), and Togashi. Therefore, on the most surface of levels, both stories star normal high school boys who become the center of conflicts between the living and supernatural realms when they unwittingly become the linchpins. 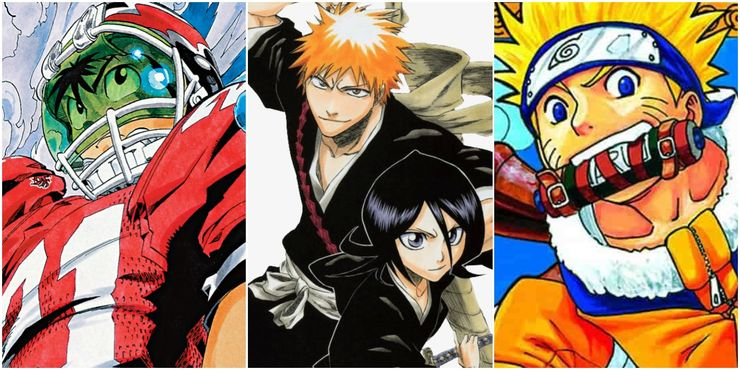 Speaking of Togashi, Akutami credits the Hunter X Hunter and Yu Yu Hakusho mangaka as his main inspiration. Akutami has always been fascinated by Togashi’s all storytelling techniques, even the smallest stuff.

The biggest influence Yu Yu Hakusho had on him was through the Chapter Black Saga, aka The Sensui Arc. Sensui is a powerful demon hell-bent on wiping out humanity, and yet readers felt sorry for him. Akutami applied this to his character in the series. 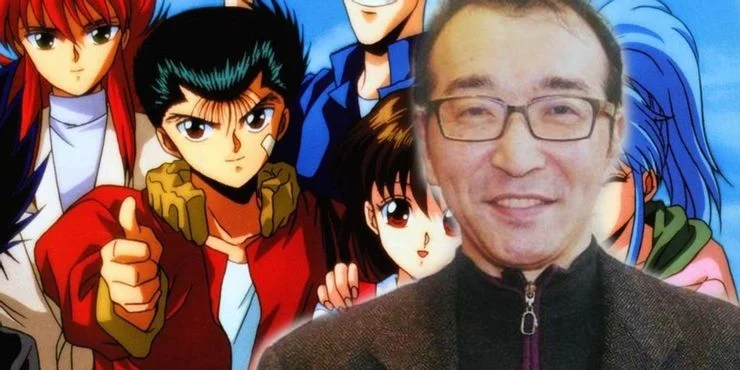 Yuji Was Based On Gege Akutami’s Older Brother

Akutami revealed that Yuji is actually based on his older brother, who was basically his polar opposite. For Akutami, his brother was the best at everything, whether it was sports or studies, and he applied this logic to the infallible Yuji. It can be guessed that Yuji is also the best traits of both Akutami and his brother put into a hero who’s willing to put himself at death’s door if it means saving others. 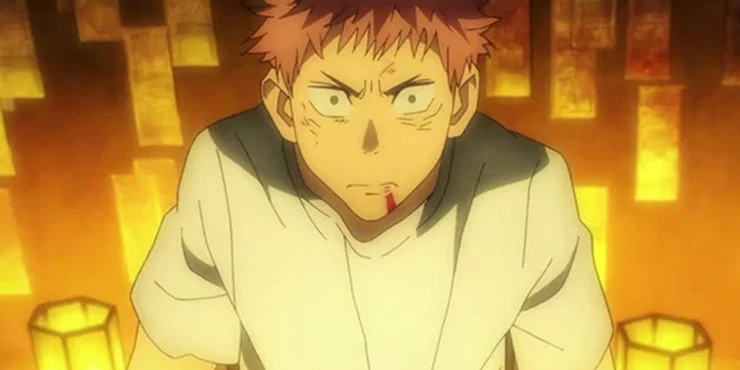 The Series Is About The Thin Line Between Good & Evil

Clearly, Jujutsu Kaisen isn’t going to be a flat shonen action story about a good buy beating up a bad guy.  It’s about the morally grey no man’s land found between the forces of good and evil.

When asked what his message was, Akutami reflected that there are no obvious heroes and villains. In his perspective, humanity can be a “scourge” so when a villain wants to kill mankind based on their own sound ethics and logic, some readers inevitably side with them. That’s not to say Akutami is wholly misanthropic as much as he believes in people’s potential to be good and evil. He wants to say that everyone should understand their own views.